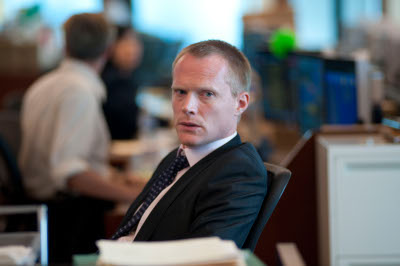 The scene is set in a New York investment bank in 2008, with the financial crisis already under way. The film had few screenings, despite the star cast, including Kevin Spacey, Jeremy Irons and Demi Moore. In particular, Irons depicts the bank’s supremo with savage panache, to bitterly comic effect. “Margin Call is the best fictional treatment of the current economic crisis… the movie is as intriguing and button-holing as a first-rate thriller”, Philip French, The Observer. (Cert 15)
Dir: J C Chandor 102 mins USA 2011

PENNY JOURNEY (short)
“Wonderful! Those were the days!”

“Delightful: don’t think it was meant to be amusing, though some members thought so.”

“Excellent portrayal of a time long ago!”

“Nice and cosy – as all these types of film were.”

“Did what it said on the tin. An uphill walk for the postman – good value for a penny stamp.”

“Most enjoyable but fell short of Night Mail.”

“Indicated a strong case for privatising this organisation!”

“I hope we cover the second class stamp next week!”

MARGIN CALL (feature)
“Amazing, terrifying film – what next for humankind?”

“Scary story of our time – a world I know little about!”

“Gripping from start to finish: possibly some of our members have experienced this themselves!”

“Atmospheric and gripping but the labyrinthine plot defeated me!”

“Plot about as obscure as the lighting. Kevin Spacey superb, though”

“Well acted but rather confusing – what an impossible world!”

“An excellent fable about humanity and capitalism. Jeremy Irons was bloody brilliant in a cast-iron cast of well known actors from film and television.”

“Unclear to start with but became more gripping”

“Who knew mortgage bundles could be so tense? Paul Bettany’s annoying accent the only wrong note – otherwise great cast.”

“Convincing, engaging and stylish. Did not expect to be drawn in by this subject matter, so was impressed and surprised.”

“Needed some gratuitous nudity – protracted moral anxieties of bankers too boring. Glad to see it was the immoral Brits (Jeremy Irons) who crashed Merrill Lynch.”

“As they said “If we make it work, they will love us – if it doesn’t, they’ll never forgive us”. Sad but true.”

“They all seemed so ethical!”

“Long and drawn out, with no explanation of the underlying cause.”

“Just went to prove that every so often every winner loses and every loser wins. There are too many Jeremy Irons-type characters around – they should all be eliminated!”

“Well done but use of wide aperture [angle?] shots overdone”

“I think I would rather be on the side of the Mafia!”

“Excellent – anybody want to buy a few shares in an American company from me?”