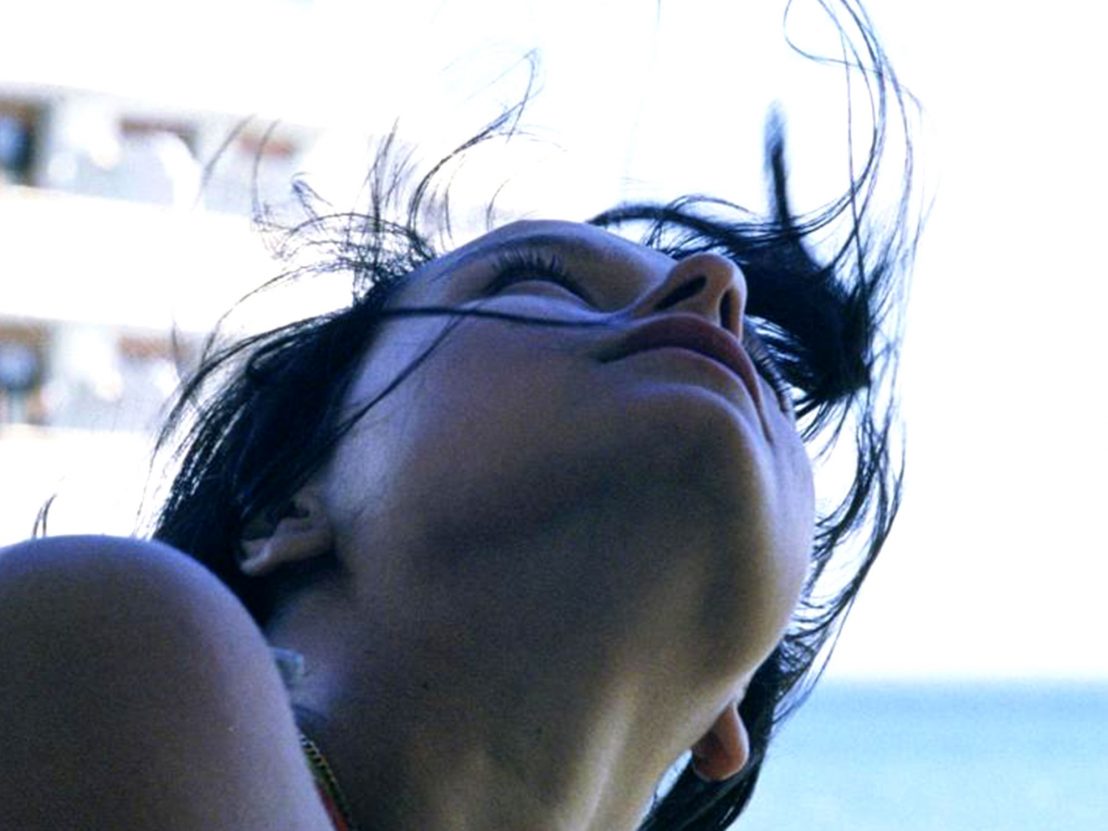 For director Lynne Ramsay’s follow-up to Ratcatcher (1999), she tells a more modern tale about youthful alienation rather than one set in the 1970s. The film is based on the novel by Alan Warner and its loosely conceived narrative, unlike a conventional story but through a minimal use of dialogue and in a surreptitiously visual manner, follows its protagonist Morvern Callar (Samantha Morton) as she tries to get her act together and change her life amidst all the desolation with which she’s surrounded in the couple of weeks encompassed by the story.

Morvern is a self-centred cockney living in the Highlands who, waking to find her writer boyfriend dead beside her, callously disposes of his body, later telling her friends that he has left her. Meanwhile, she finds his suicide note and instructions to use his money to pay for a funeral, plus the address of a London publisher where she’s to send the novel he dedicated to her. Not knowing how to deal with the grief and emotional pain, Morvern wanders aimlessly through the city streets. Then, using the money she has lucked into, she travels to Spain with her best friend and co-worker Lanna
(Kathleen McDermott) in an ultimately unhappy attempt to start life anew.

While it’s hard to empathise with Morvern (she doesn’t seem to care about anything or anybody) the film nevertheless means more than just a youthful character running away from herself – it casts a baleful eye over alienation of the young and the class struggle that’s current here in Britain. In identifying with her character, the opinion expressed among a group of working class youngsters who saw the film at a special screening was the admiring epithet that “Morvern rocks.”

An enigmatic film from Lynne Ramsay, with an excellent performance from Samantha Morton as the protagonist of the title. Ramsay deliberately conceals the thought process of Morvern, who does not acknowledge the death of her partner, the method by which he committed suicide and the disposal of his body. A mystifying exploration of how she deals with her grim discovery.

The film was shown from a strangely detached point of view. It was baffling in places, with some implausible plotting but it was very good at creating atmosphere. An interesting viewing experience.

The film had a creative use of music, stylistic lighting and locations but they didn’t interfere with the plot of a girl making money out of her dead boyfriend’s novel – although the plot did seem to go around in circles without  much character development. There was some vintage appeal from the era of payphones, discs and Walkmans but the pacing was pedestrian with a style-heavy glossy coating. Probably one for those wanting to check out Lynne Ramsay’s back catalogue.

A brilliantly directed film with a great soundtrack and photography that well captured the hedonistic and iconoclastic atmosphere of the period. Morvern came across as a talented and charismatic opportunist! She did what she wanted but someone else always paid. I found a similarity between  her behaviour and that of Sal Paradiso in Jack Kerouac’s On the Road – Sal’s aunt paid for his ‘freedom’, Morvern’s dead boyfriend paid for hers with his suicide. Some great moments (an elderly man slowly descending a steep cobbled path contrasted with Morvern prancing her way up to a noisy rave) in a likeable film – although I could not bring myself to like Morvern!

An intelligently directed film with convincing, naturalistic performances all round. Ramsay’s great skill lay in her persuading audiences to maintain an interest in an unsympathetic, unscrupulous character with apparently few or no moral boundaries. A clear-eyed portrayal of empty lives in contemporary society. The film ended as a seemingly zero-sum game for Morvern.