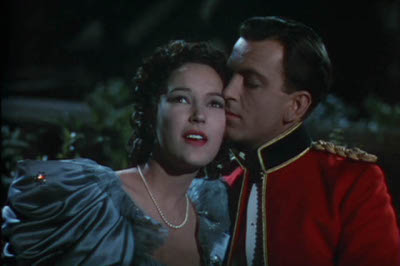 Set against the 1800’s war in Sudan, this tale of derring-do and mistaken identity is a classic Korda Brothers production, with the jingoism and racism typical of 1930s Britain evident. A British army officer takes a momentous decision to resign on the eve of his regiment setting off for war. His fellow officers are outraged and he is sent a package containing three feathers, to which he adds a fourth when his fiancée withholds her support. He later regrets his decision and departs for Egypt to try and restore his good reputation. (Cert U)
Dir: Zoltan Korda 110 mins UK 1939

There will be a discussion after this screening.

The Four Feathers is a film based on a book by A E W Mason. It is a very particular view of a piece of British history in Queen Victoria’s time. Lieutenant Harry Faversham is from a long line of military heroes dating back to the Middle Ages. Much is expected of him in the war in the Sudan, but in the eyes of his compatriots he falls short of their expectations when he resigns his commission just before his regiment receives its marching orders.

The story is of his disgrace and subsequent redemption, and throws much light on the ethos of the time.

“Zoltan Korda’s memorable 1939 version of this classic adventure story, with a high-powered cast transcending the clichés (fuzzy-wuzzies versus the civilised Brits) and some wonderful spectacle” Guardian/Observer.

“After watching The Four Feathers it’s no surprise to learn that its Hungarian born producer, Zoltan Korda, was so ardent an anglophile that he once refused to make a film of the novel ‘The Bridge On The River Kwai’ on the grounds that it showed British officers collaborating with the enemy (regardless of the circumstances).” Film4.com

“What an enthralling story! I found it, in spite of the ridiculous jingoism, quite touching as my grandfather fought at Omdurman with a cavalry regiment. Silly – but I loved it!”

“Tremendously enjoyable and entertaining. Highly unlikely tale but [that] did not detract from the enjoyment. Very touching in its attitudes and certainties.”

“An old-fashioned romp, with some solid cinematography.”

“A piece of its age. A rip-roaring tale by A E Mason.”

“Good for its time – a reminder of Saturday morning cinema!”

“By Jove, sir – they don’t make films like that anymore! I saw it while at school and it was just as stirring the second time around.”

“They don’t make ‘em like that anymore, I’m glad to say [but] I enjoyed every minute, old chap!”

“Dated, maybe, but perhaps we could do with a few more men of principle in our similar situation today.”

“What a spectacle and what a load of old tosh.”

“Magnificent hokum [but] I wonder if it was anything like the truth.”

“Another boring war film, although the cinematography was good.”

“Rather to my surprise, I was bored – never mind the moral scruples.”

“What about the sequel? With Michael Caine …”

“Did they then have a Chilcot enquiry?”